The Case for Creativity: God as Artist

Excitement ran high as I drove toward the Eastern Sierra in California.

The Sierra Nevada mountains are one of the truly great ranges in America, and the east side of these behemoths holds many treasures. As I drove south down U.S. Route 395 toward the tiny town of Lee Vining I caught my first glimpse of one of these jewels sitting at the base of the mountains – Mono Lake. My excitement turned to tension as the end of the day was fast approaching with little time to find an appropriate campsite for my travel trailer and still make it down to the lake for a photograph before dark. The technology of a smart phone and Google once again proved useful as I was able to locate a campground nearby, set in a canyon among peaceful ponderosa pine punctuated with aspens making their autumn color change from green to yellow.

I rapidly set up my trailer in a new personal best time and jammed back toward Mono Lake ten minutes away. Sunset was in process as I hoisted my photo backpack and tripod out of the truck and quickly made my way down to the lake’s edge. The lake is well known for its tufa formations – essentially common limestone formed over time under the surface of the water and now exposed by lower water levels – and I hoped to utilize the special light of dusk to make a compelling composition featuring some of these tufa protruding from the still water.

As soon as I had the camera set up on the tripod in front of a visually pleasing group of tufa the dusk light I had hoped for had begun and I started exposing images. Often times at dusk you will see a pretty band of blue develop on the horizon where the earth is casting its shadow, along with a lovely band of pink directly above this blue from the very last afterglow of warm sunset light. On this night that tasty dusk glow occurred with wonderful clarity, enhanced by the lake’s surface reflecting those blue and pink layers.

After this sublime evening at Mono Lake more days followed of exploring and shooting in the Eastern Sierra, and I realized just how spectacularly diverse this region is – from the other-wordly tufa formations in the lake, to cloud-kissing peaks as high as 14,505-foot Mt. Whitney, lush streams and waterfalls, groves of aspen, tall ponderosa and Jeffrey pines, a virtual playground of huge characterful boulders and rock formations called the Alabama Hills, ancient bristlecone pines thousands of years old in the nearby White Mountains, a jaw-dropping drive over Tioga Pass leading to renowned Yosemite National Park, and much more.

I only scratched the photographic surface on this trip compared to all that the Eastern Sierra encompasses, but the diversity of landscapes I did see shouted unequivocally of the work of the great Artist, God himself. My mind was drawn to thinking about creativity and why it’s important, and I realized with new clarity that, foundationally, creativity matters because it’s important to God – being creative and making art is part of the very character of God. We see it most profoundly on the first page of Scripture – “In the beginning God created” (Genesis 1:1a), and after his work is done he examines what he crafted and feels the satisfaction of an artist – “Then God looked over all he had made, and he saw that it was very good!” (Genesis 1:31a, NLT).

That the Creator is a great Artist who practices and values creativity is further seen in the magnificent design of our bodies, which caused the Psalmist to exclaim, “Thank you for making me so wonderfully complex! Your workmanship is marvelous–how well I know it.” (Psalm 139:14, NLT)

Later in the story of scripture we see God’s creative nature reflected in the vocation of his son – and very God himself – Jesus Christ, who makes his living as an artisan of wood, working with his hands in the craft of carpentry.

And God’s creative work continues in the present in his creatures, in the lives of those who have turned to him in faith: “For we are God’s masterpiece. He has created us anew in Christ Jesus, so we can do the good things he planned for us long ago.” Yes, despite our failings that appear all too clear to most of us, we who trust Jesus for salvation are being creatively formed into the very masterpiece of our Artist-God!

So for me, this first and foremost is the case for why creativity matters – because God himself is the great Artist who loves to be creative, as his vast array of amazing works shows. And next week I look forward to unpacking what I see as the far-reaching implications for how we can live out our lives… 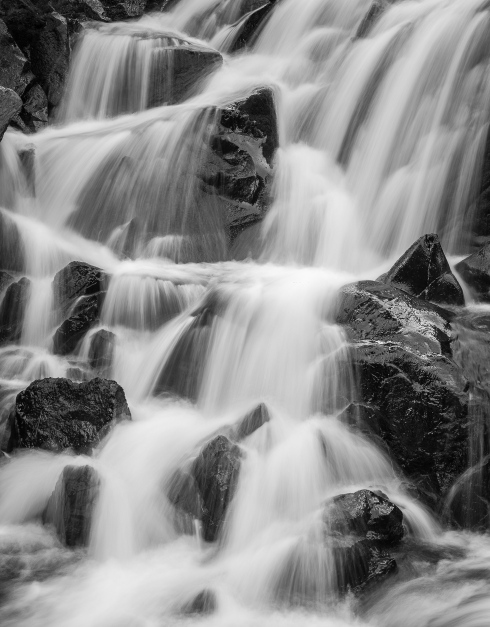 Lee Vining Creek spills over rocks in the Eastern Sierra

Like Loading...
This entry was posted on Wednesday, October 15th, 2014 at 2:19 pm and tagged with artist, California, creativity, Eastern Sierra, Lee Vining, Lundy Canyon, Mono Lake and posted in California. You can follow any responses to this entry through the RSS 2.0 feed.
« The Most Excellent Way
The Case for Creativity: Man as Image Bearer »

4 responses to “The Case for Creativity: God as Artist”

What Do You Think? Contribute a Comment! Cancel reply